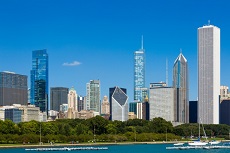 As the heart of our business and the city from which Next Step Systems originally grew, Chicago is our hometown and a place our IT Recruiters are very much in tune with. We provide IT recruitment throughout the Chicago area and the wider Illinois region, as well as in Wisconsin. Our areas include Arlington Heights, IL; Aurora, IL; Bolingbrook, IL; Carol Stream, IL; Deerfield, IL; Elgin, IL; Evanston, IL; Hinsdale, IL; Long, Grove, IL; Naperville, IL; Northbrook, IL; Oak Brook, IL; Rosemont, IL; Schaumburg, IL; South Barrington, IL; Winnetka, IL; Western Springs, IL; Wilmette, IL; Kenosha, WI; Milwaukee, WI; Racine, WI, Waukesha, WI and beyond.

There are multiple opportunities for IT candidates with C++, Java, C#, ASP, .Net, Linux, UNIX, SQL Server, Sybase, Oracle, Python, Scripting and Ruby on Rails. We recruit entry level and well-experienced candidates for a range of exciting roles within the Chicago area.

An example of technical roles we cover in the Chicago area:

Chicago is the third-largest city in the United States and is known as “The Windy City” located on the shores of Lake Michigan, the second largest of the Great Lakes. Home to Fortune 500 companies such as McDonalds and United Airlines, Chicago is one of the most visited tourist destinations in North America. The Art Institute, The Willis Tower and The Museum of Science and Industry are among the many popular tourist attractions. Chicago is home to several professional sports teams, including the Chicago Cubs, Chicago White Sox, Chicago Bears, Chicago Bulls, Chicago Blackhawks and Chicago Fire.